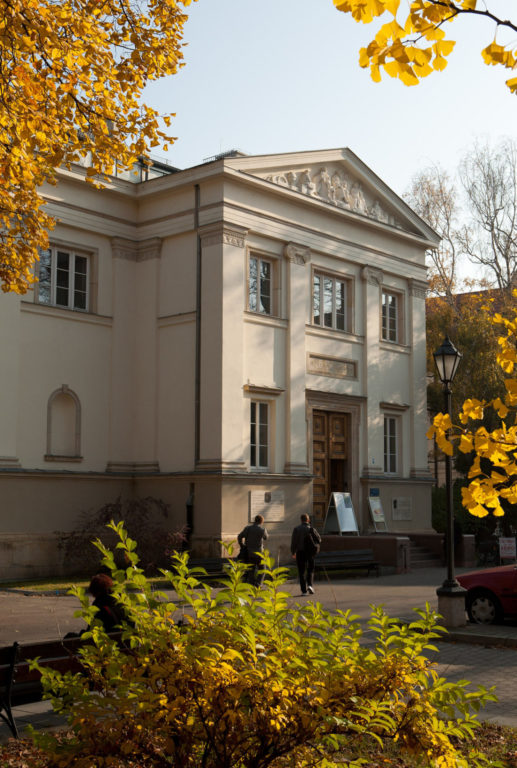 We are glad to inform you that session titled Interdisciplinary Studies on Cultural Landscape of South–Eastern Sicily is accepted for the Jubilee Conference “The Past Has a Future!” at Institute of Archaeology, University of Warsaw.
The session will take place on Friday 13 December 2019
Below you will find general information regarding your contribution.
• What are the important dates I need to know?
1. Conference Days 09th – 13th December 2020 (session 13th of December)
2. Preliminary program of session:

9.30-9.50 Paolo Sferrazza, Erica Platania (University of Catania, Italy), Butchery and consumption in Calicantone’s ritual hut: how activities shape the perception of a landscape?

1. The maximum word limit for the abstract is 300 words.
2. Your submission should be submitted in English.
3. Please download the abstract template and follow the format carefully
4. Once you prepared your abstract according to the above guidelines,
5. Submit your abstract to (roksana.chowaniec@uw.edu.pl ) email address.
6. After submission you will be acknowledged of the receipt of the abstract via an email within 3 working days.
Maybe changes will be made regarding your proposal, following the results of the review process. The program of the session will soon be send to you after the deadline for the abstract submission.
1. Abstract to download:  Abstract_Template_The Past Has a Future
2. Warsaw – Official Tourist Web site

Glassware in the roman provinces and barbaricum

A part of this celebration is an International Jubilee Conference „Przeszłość ma przyszłość!/ The Past Has a Future!”, which will take place on December 8-13, 2019 at the Institute of Archaeology, University of Warsaw.

One of sessions of the Conference is dedicated to the antique glass titled “Glassware in the Roman Provinces and Barbaricum” and will be held on December 12, 2019 (Thursday).

On behalf of the Organizing Committee we would have honour and pleasure to invite You to participate in this international session on the Roman glass found by archaeologists or produced in Roman Provinces or Barbaricum.

We shall be extremely glad for contacting us under e-mail address: glass.archaeology100uw@gmail.com

We remain at your disposal for any further questions you might have.

Proposals of papers should be submitted by the end of July, 2019 by e-mail to glass.archaeology100uw@gmail.com

In the attachment (below) you will find an application form that should be sent back no later than 31st of August, 2019 on e-mail to glass.archaeology100uw@gmail.com

We welcome presentations (up to 20 min.), followed by 5 minutes discussion.

The language of the conference is English.

There is NO conference fee planned.

The organisers will cover the accommodation cost during the session in one of the hotels in the vicinity of the University. The organizers will make reservations for guests after establishing the session program.

Full versions of the papers for the planned publication of the conference proceedings should be submitted to the organizers during the glass session. 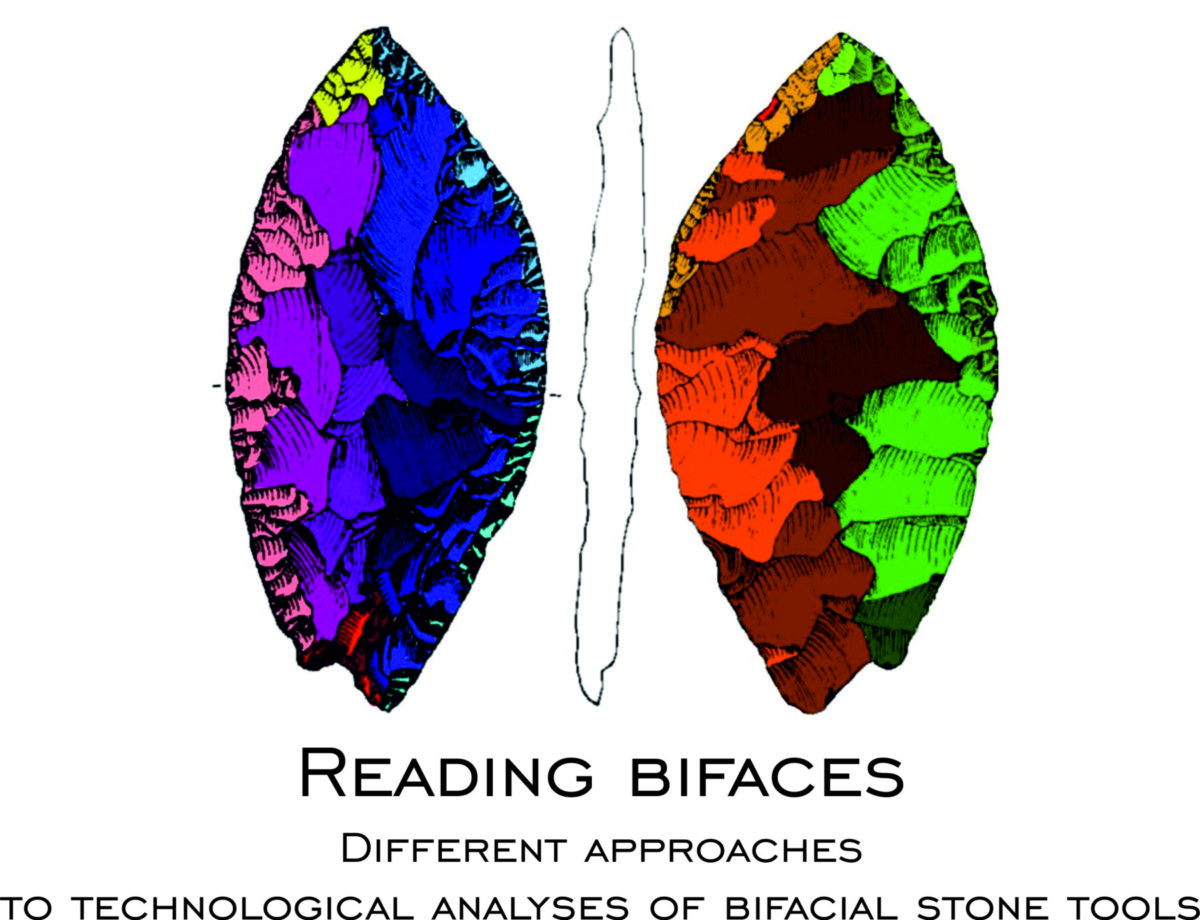 Dear Colleagues,
We invite you to participate in the International Session: Reading bifaces. Different approaches to technological analyses of bifacial tools
to be held in Warsaw, Poland from 11 to 13 December 2019. The session is a part of the International Conference “The Past Has a Future!”
celebrating the 100 years of archaeology at the University of Warsaw.

To register please complete the registration form and send it back on readingbifaces@gmail.com no later than 30th of September 2019.

We welcome presentations (up to 15 min.) The language of the conference is English.

All information about the conference will be sent in the 2nd Circular. Please note that there is no conference fee. The organizers cover the accommodation cost of the participants and catering during the conference.”

The panel titled Transformations in Antiquity will include papers discussing one of the following aspects of transformation process, which resulted in changes in the nature of Classical Antiquity:

The panel will be held on 11th December 2019 (Wednesday) at the Institute of Archaeology, University of Warsaw, room 2.09.

The session will be dedicated to the memory of Professor Tadeusz Sarnowski.

The programme of the conference panel

9.30-9.50 Gerda Sommer von Bülow – Changes of Architectural Patterns as an Indication for a Demographic Transformation. The Case of the Limes Fortress Iatrus (Moesia Secunda)

10.10-10.30 – Martin Lemke – The transformation of army supply in Lower Moesia in Late Antiquity

10.30-10.50 – Agnieszka Tomas – The transformation of Novae: eastern necropolis and the late Roman annex

11.50-12.10 – Florian Matei-Popescu – Transformation of the provincial army: From Lower Moesia to Moesia II and Scythia

12.10-12.30 – Adriana Panaite – The landscape in Moesia Inferior. Some observations about the Roman town Tropaeum Traiani

14.30-14.50 – Calin Timoc – The evolution of Tibiscum fort and the transformation of the neighbouring civilian settlements during the 2nd century AD

15.10-15.30 – Emil Jęczmienowski – A Military Base or A Civil Settlement? Changes in the Auxiliary Forts in the Area of the Iron Gate from 1st to 6th century AD

15.30-15.50 – Tomasz Dziurdzik, Mirko Rasić – In the Shadow of a Military Base, on the Outskirts of a Colony: Understanding Cultural Transformations

16.30-16.50 – Urszula Laska – Economic and territorial transformation in the Roman Empire during the reign of Emperor Hadrian

16.50-17.10 – Paulina Komar – From market to bazaar – Roman economy between the early and late antiquity in the light of transport containers

19.00 – Banquet at the Column Hall (University of Warsaw, Department of History)

20.00 – Dinner for the panel participants

Costs and payments: The participation in the conference is free. Please note that the organisers do not cover travel and accommodation expenses.

Post-conference publication: The participants are invited to submit full and original research papers that have not been published or submitted for consideration elsewhere. The conference papers will be published in the reviewed book series Światowit Supplement Series published by the University of Warsaw.

This panel is organized with support of the National Science Centre, within the project entitled Extramural settlement near the Roman legionary fortress at Novae (Lower Moesia) and its fate in Late Antiquity, no. 2015/19/B/HS3/01790.

Hunter-gatherers, farmers and breeders - social and cultural interactions in Central and Eastern Europe

– social and cultural interactions in Central and Eastern Europe

We are pleased to invite you to participate in the session: Hunter-gatherers, farmers, breeders – social and cultural interactions in Central and Eastern Europe, combined with scientific workshops, which will take place on 9-11 December 2019 as a part of the International Archaeological Jubilee Conference “Przeszłość ma przyszłość!/ The Past Has a Future” celebrating the 100th anniversary of archaeology at the University of Warsaw.

The issue of the relationship between hunters-gatherers and farmers and breeders, who functioned side by side in Europe, has long been of interest to archaeologists. The evidence of the contacts taking place are, among others, ceramic vessels and stone, flint, amber and bone artefacts found in various contexts in the European lowlands. However, apart from the raw material, technological and stylistic premises, there is much more evidence of mutual relations.

Due to the simultaneous existence of many different cultural units from the early Neolithic (Linear Pottery Culture) to the early Bronze Age (Trzciniec Cultural Circle), based on different modes of subsistence, the territory of Central and Eastern Europe seems to be particularly relevant.

The aim of the conference session is therefore to identify and investigate the socio-cultural interactions between the economically diverse groups that existed in Central and Eastern Europe in the Neolithic and Early Bronze Age, to define the origins and consequences of these interactions and to review their analogy with such a vast territory.

We invite archaeologists, as well as researchers of other fields and disciplines, who want:

– to emphasize the results of classical material research in socio-cultural considerations,

– to extend far beyond the boundaries of typological and chronological research,

– to present the results of archaeological research and other analyses of interdisciplinary scope, extremely important for the dynamics of socio-cultural transformations,

– to discuss the matter of interactions from a methodological perspective.

The aim of the session will be to present the results of current research, to have a discussion and to attempt to answer the following questions:

– Did the interaction between hunter-gatherers, farmers and breeders take place in the Neolithic and early Bronze Age in Central and Eastern Europe and what indications are there of this?

– What were the causes of the interactions?

– How did these interactions proceed?

– What were the consequences of these interactions?

– Did the interactions proceed in the same way everywhere?

We are counting on a lively discussion.

Organizers of the thematic session,

Language of the session

Format of the session

Publication of the papers

Deadline for registration and submission of abstracts

10th of December – Workshop on Archaeometry and Material Studies. Selected aspects of methods and specialist research on archaeological records and autopsy of selected artefacts.

We invite all to actively participate in the workshop.

11th of December – for those willing to take an unusual trip around Warsaw “Off the Beaten Path trip”, additional fee (139 PLN)

No conference fees are planned by the organizers.