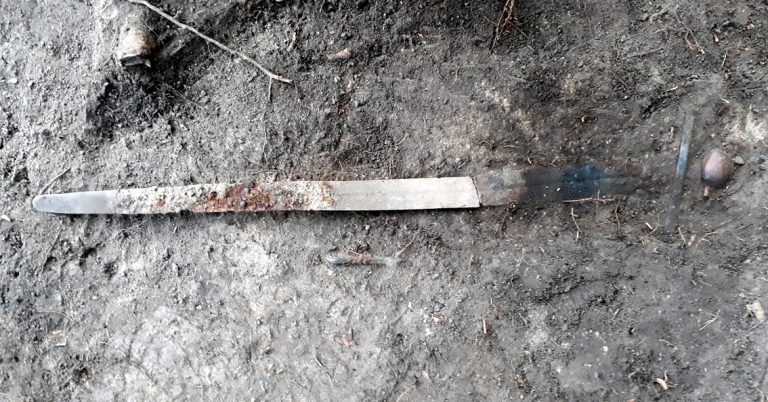 The Department was created from the fusion of two departments of the former Institute of Archaeology of the University of Warsaw: the Department of Early Medieval Archaeology and the Department of Late Medieval and Modern Era Archaeology. The areas of interest of the staff fall within the broad spectrum of problems relevant to these periods (i.e. early and late Middle Ages and modern times), along with their specificity and scientific workshop. The subject of research are various aspects of the material and spiritual culture of those times, reconstructed on the basis of archaeological sources, obtained, among others as a result of own field works, carried out mainly in the area of northern and north-eastern Poland (within the borders of early medieval Pomerania and the Prussian-Yotvingian lands and the medieval monastic state in Teutonic Prussia). They are complemented by various research projects undertaken in Mazovia, Podlachia and abroad. In-office studies, supported by a rich collection of archival artefacts stored at the Faculty of Archaeology of the University of Warsaw (e.g. from Chojnice, Ciechanów, Frombork, Gdańsk, Lębork, Rawa Mazowiecka, Sąsiadka, Wiślica), go far beyond the indicated geographic scope.

The main research topics of the Department’s employees focus on:
• the formation and disappearance of early medieval tribal structures in Prussia, Yotvingian lands and Pomerania, the material and spiritual culture of those communities inhabiting these lands and their relations with the inhabitants of neighbouring areas;
• comprehensive studies of various categories of finds representative of medieval towns and castle complexes (including ceramics, glass, wooden and leather finds);
• archaeological and architectural research;
• the use of isotope analyses in archaeology to determine the chronology of finds (radiocarbon dating), diet (stable isotopes of carbon, nitrogen and sulphur), origin and migration (stable isotopes of strontium and oxygen), as well as DNA analyses;
• archival archaeology and reconstruction of collections lost and dispersed as a result of World War II, from former museum collections from Polish lands (within the borders of the Second and Third Republic of Poland) and related to Poland.

In carrying out their research, the staff of the department cooperate with representatives of other scientific and museum centres in Poland, as well as with researchers from Belarus, Czechia, Lithuania, Latvia, Germany, Russia and Ukraine.

The sites excavated by the staff of the department: