Description of the research: This project is focused on Mycenae, the foremost centre on mainland Greece during the Late Bronze Age (17th – 11th C BC) and the relationship between its inhabitants and metals. Metals have a very varied role in prehistoric societies; they can be used for the manufacture of a diverse range of objects including tools, weapons, vessels, jewellery and armour but their comparative rarity and unique properties meant that they also had a significant role in the political economy.

In general, archaeologists have directed their attention towards the latter and that has meant that our understanding of the use of metals in the daily life of the community as a whole is not so well understood. To address this imbalance, my project has three underlying objectives:

1) to ascertain which social practices included metal artefacts and which did not.

3) to reconstruct the typical biographies for different types of metal artefacts and explore atypical situations.

To achieve these aims, the first part of this project involves the creation of a database covering all known metals finds from Mycenae, as far as is possible. Published data will be supplemented by hands-on examination of the material. Once the database is completed, the data will be subjected to a series of qualitative and quantitative analysis, with the production of distribution plans a key priority. This type of holistic approach has not been attempted before and it is envisaged that this methodology ought to provide information concerning the usage of metals across the entirety of the community at Mycenae.

Current progress: the bespoke project database has been designed and is now live. The majority of the data available from the main publications of the site has now been entered and the focus has moved to checking through the annual excavation reports issued by the Archaeological Society at Athens. Here is an example of a catalogue entry:

Due to the current pandemic, some changes have been made to the project’s schedule as the Mycenae Excavations Archive is currently closed. However, progress is continuing and the project is still on track. 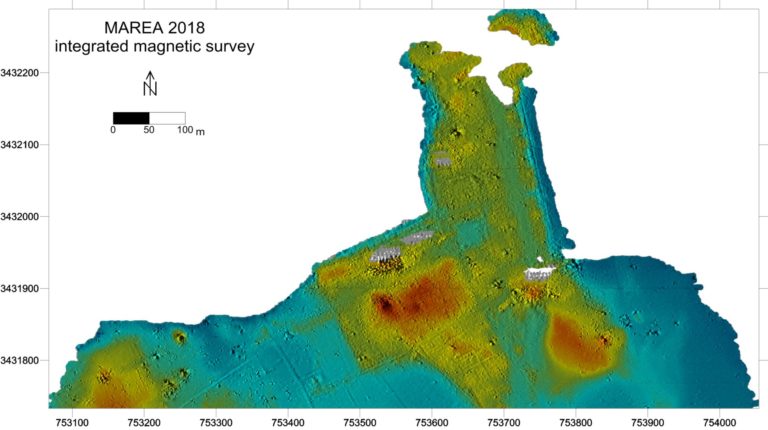 Person conducting excavation: dr hab. prof. UW Tomasz Derda
Country: Egypt
Site name: Marea
Type of the site: settlement and cemetery (Hellenistic, Roman, Byzantine and Early Islamic periods)
Involved institutions: Institute of Archaeology University of Warsaw, Polish Centre of Mediterranean Archaeology University of Warsaw, Archaeological Museum in Krakow
Description of the research: On the southern shore of Lake Mariout, 45 kilometres west of Alexandria, Polish archaeologists have been excavating for several years the ruins of a large Byzantine city. The city, patiently uncovered structure after structure, was built exactly on the spot of an industrial centre and a harbour which functioned until the third century AD. Traditionally, the place was called Marea, following its (uncertain) identification with the most important urban centre in this part of the Mediterranean before the foundation of Alexandria of which we learn from Herodotus and Thucydides. A great transept basilica built in the end of the fifth century, the second largest church in Egypt (49 x 47 m), is the most magnificent building on the site. Next to the basilica, the archaeologists uncovered two bath complexes, a large house dating to the Late Antique period, warehouses, and latrines. Four massive piers (the longest measuring over 120 metres) extending deep into the lake date to the Roman period; they could serve several ships simultaneously. We know that large production workshops manufacturing pottery on a mass scale, as well as glass workshops, were located nearby. The apse of the basilica was constructed right on a pottery kiln which with its diameter of more than eight metres is one of the largest in Egypt. The kiln was used until the beginning of the third century AD, as indicated by the chronology of the last batch of amphorae prepared for firing which was found under the apse. Our neighbours on the site, archaeologists from France, have discovered on the peninsula a warehouse building functionally connected with the harbour. This structure was in use in the Ptolemaic and Early Roman periods. The remains, dated to the first century BC – beginning of the third century AD point to an intensive industrial exploitation of the area. We are in a region that produced wine on a great scale and exported it in amphorae which were also locally manufactured. The size of the kiln, the proportions of the warehouse, and the sweeping scale of the piers’ construction show that “Marea” was at the same time a remarkable industrial centre and a significant harbour.

site characteristics: The site has been continuously eroded by heavy agricultural machinery. Currently ca. 20 visible remains of monumental architecture are still recognisable. Dating of surface collections of pottery encompasses the Middle (ca. 1000-400 BC) and Late (ca. 400 BC-AD 250) Preclassic periods. San Isidro most likely served as a large regional center at the southeastern frontier of the Pre-Columbian Maya culture. The reconnaissance works have been underway since 2018.

research description: In 2018 a field survey was carried out, as well as partial photogrammetric documentation of the visible architectural remains. A drone-based topographic map, albeit interim, has been elaborated. The works will continue in 2019. 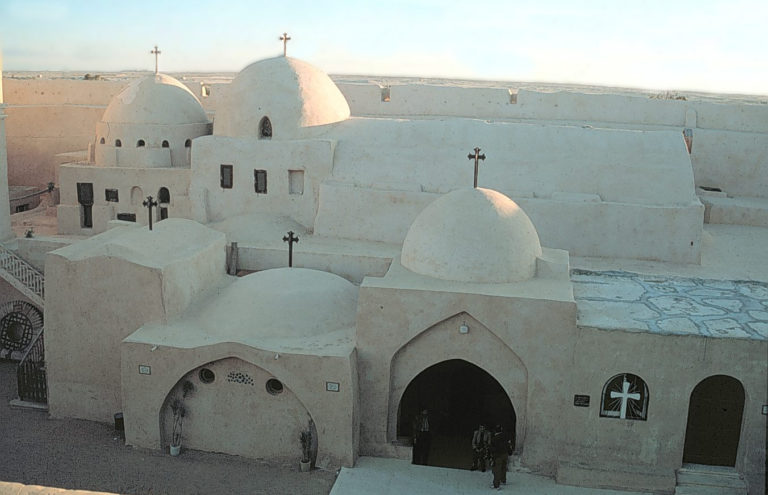 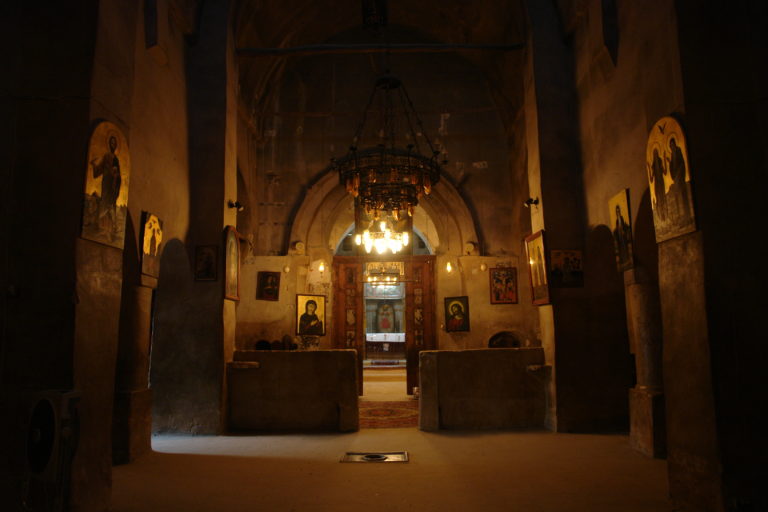 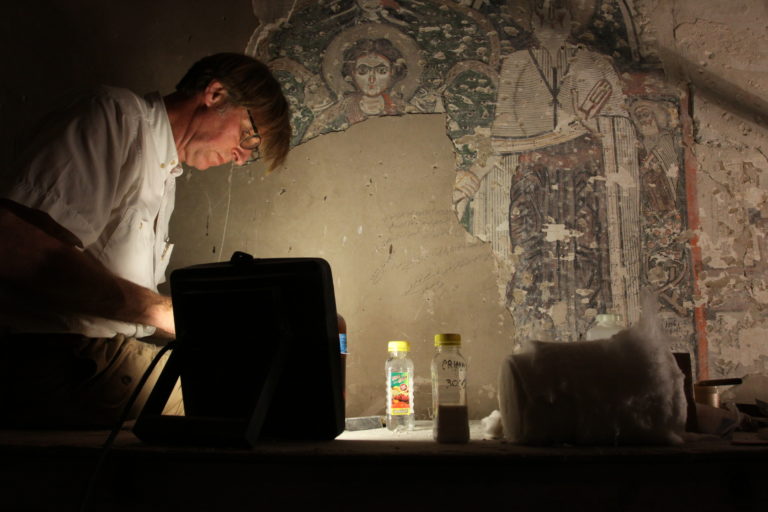 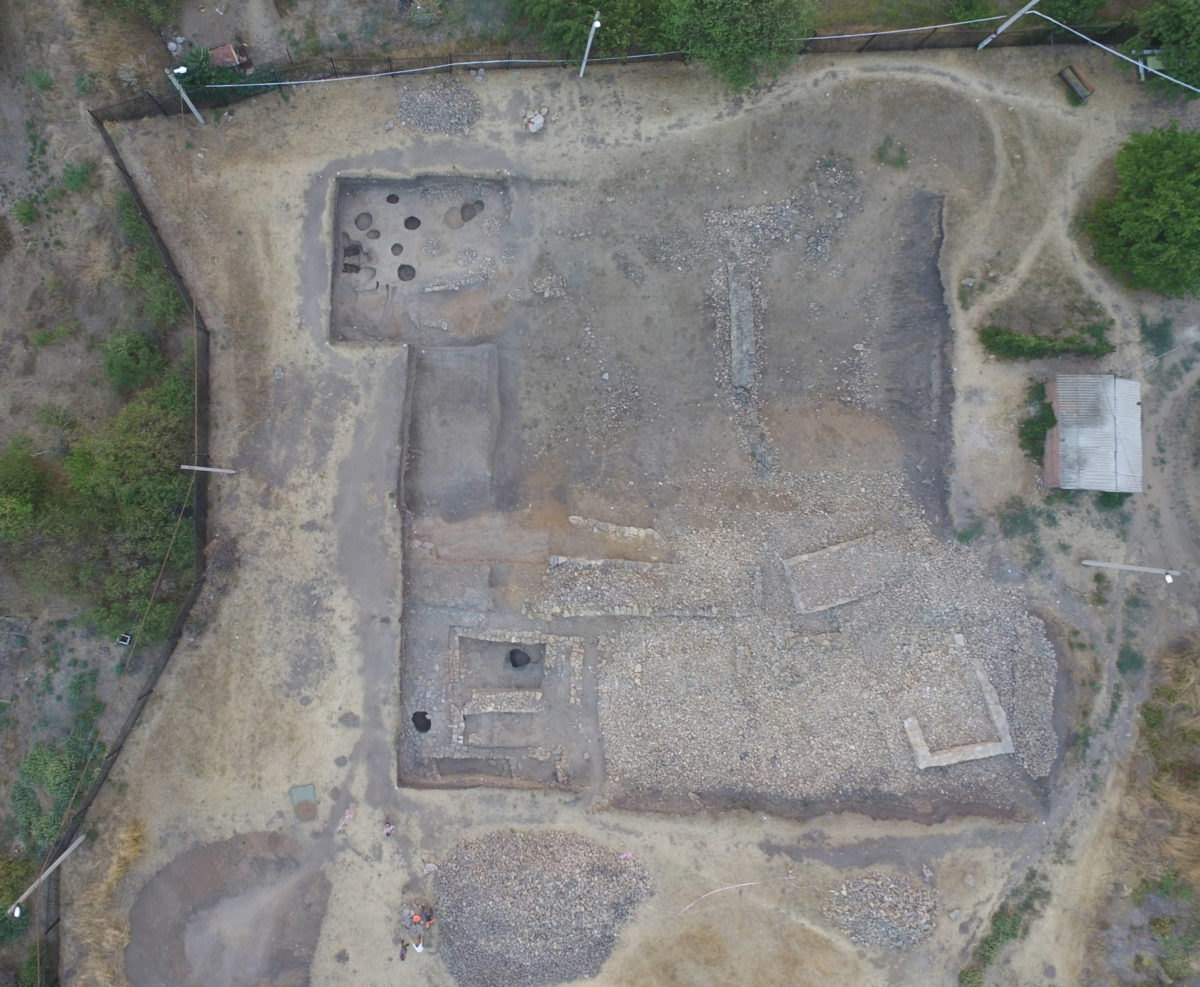 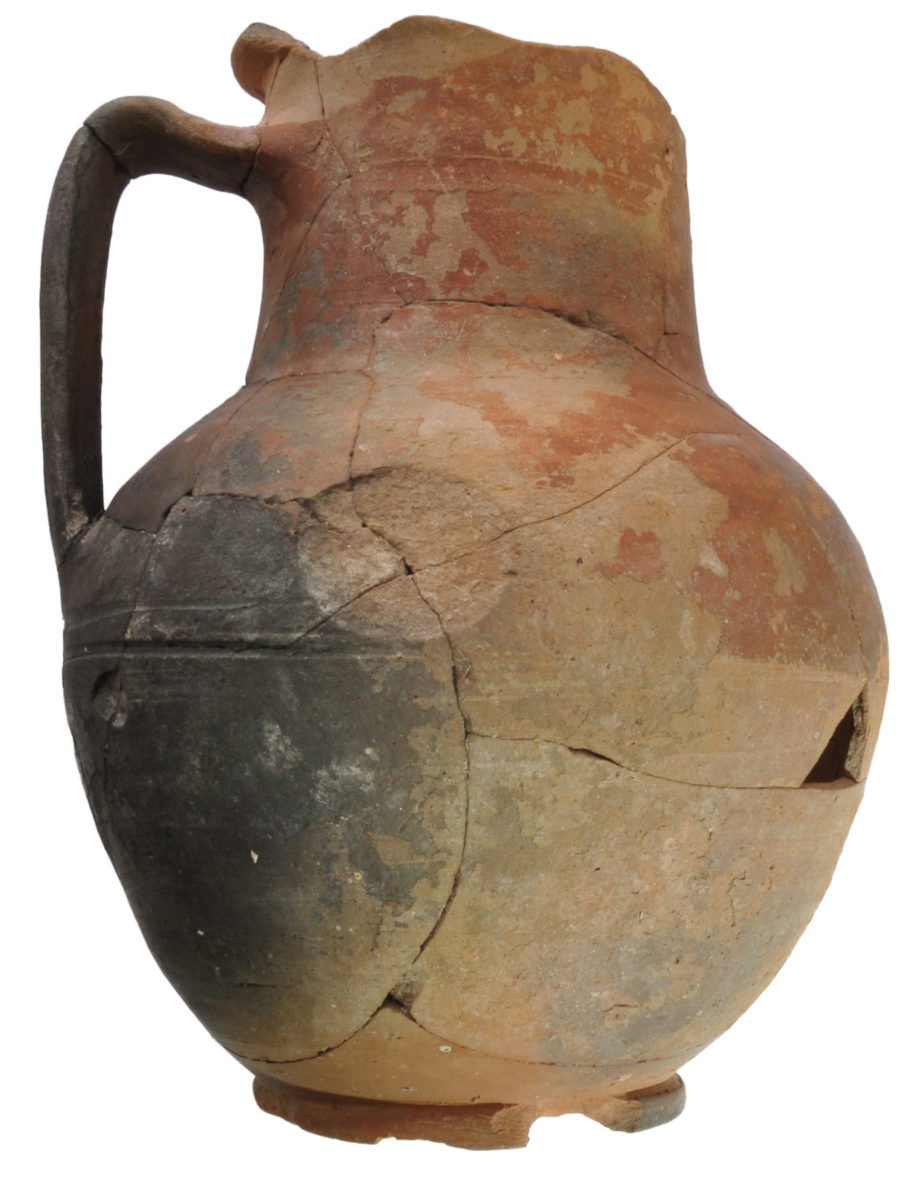 Description of the research:
Twelve centuries ago, in a Peruvian desert on the Pacific coast, on the outskirts of the first empire of pre-Columbian Andes, called Wari by archaeologists, a new centre of power was established, with Castillo de Huarmey as its capital. Centuries before the Inca rose to power, the rulers of the Wari Empire developed a unique culture that created rare works of art and architecture. Castillo de Huarmey became one of the richest necropolis of the Wari Empire elites.

The Huarmey Valley, located in the Ancash region about 300 km north of the capital of Peru, Lima, is one of the many river valleys on the desert Pacific coast. In that peaceful oasis, over a millennium ago, the Wari people established a new centre of power. Castillo de Huarmey, located 1 km (0.6 mi) east from the present-day capital of the Huarmey province, covers an area of 45 ha. It is dominated by a monumental palace and the royal necropolis built above it, on the summit of a natural rock hill. Plundered and damaged over decades, only in 2010 were the ruins of the capital of a Wari Empire province finally, and extensively, studied, when a team led by Miłosz Giersz and Patrycja Prządka-Giersz, both from the University of Warsaw, with Krzysztof Makowski and Roberto Pimentel Nita from the Pontifical Catholic University of Peru (Lima), carried out the first archaeological excavations. There, after years of work, a Polish-Peruvian team of archaeologists directed by dr. Milosz Giersz from the University of Warsaw, Poland, unearthed the first undisturbed royal tomb of pre-Columbian Wari civilization that consisted of remains of 58 noblewomen, 6 human sacrifices, two mutilated guardians and over 1300 artefacts made of gold, silver, bronze, decorated pottery as well as rare wood, bone, and shell and stone materials. This discovery was considered by National Geographic Society and ARCHAEOLOGY. A publication of the Archaeological Institute of America as one of the most important archaeological findings worldwide. Those archaeological excavations brought as many unique data as new research questions that archaeologists are trying to answer by continuing multidisciplinary research at this unique pre-Columbian site. 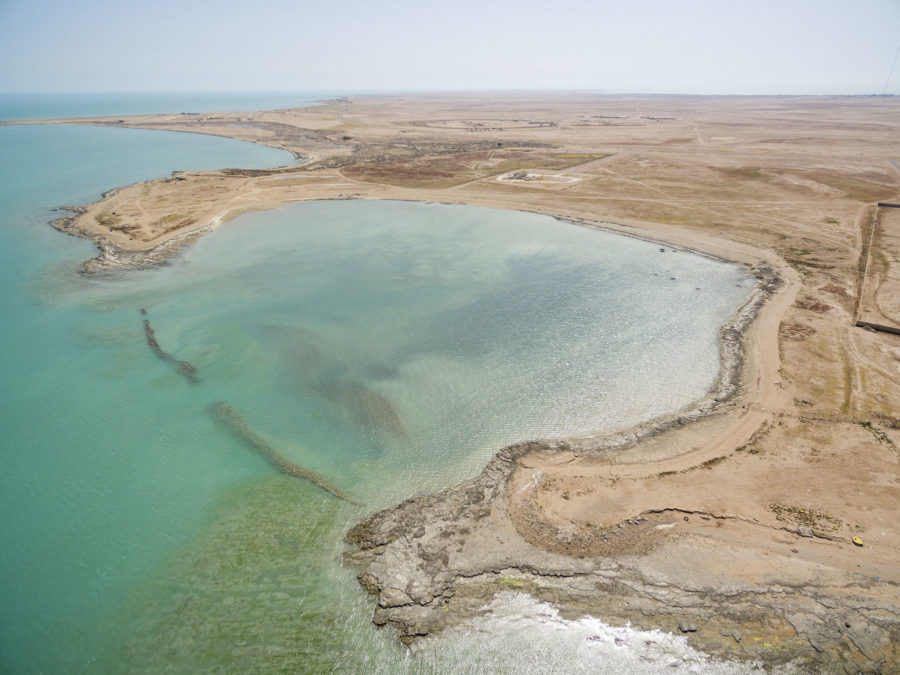 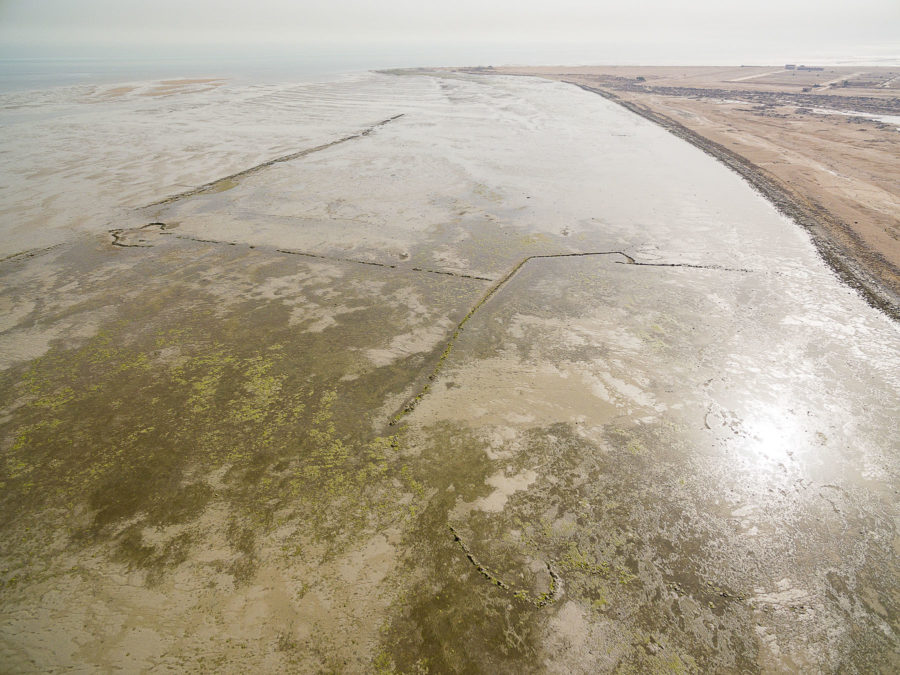